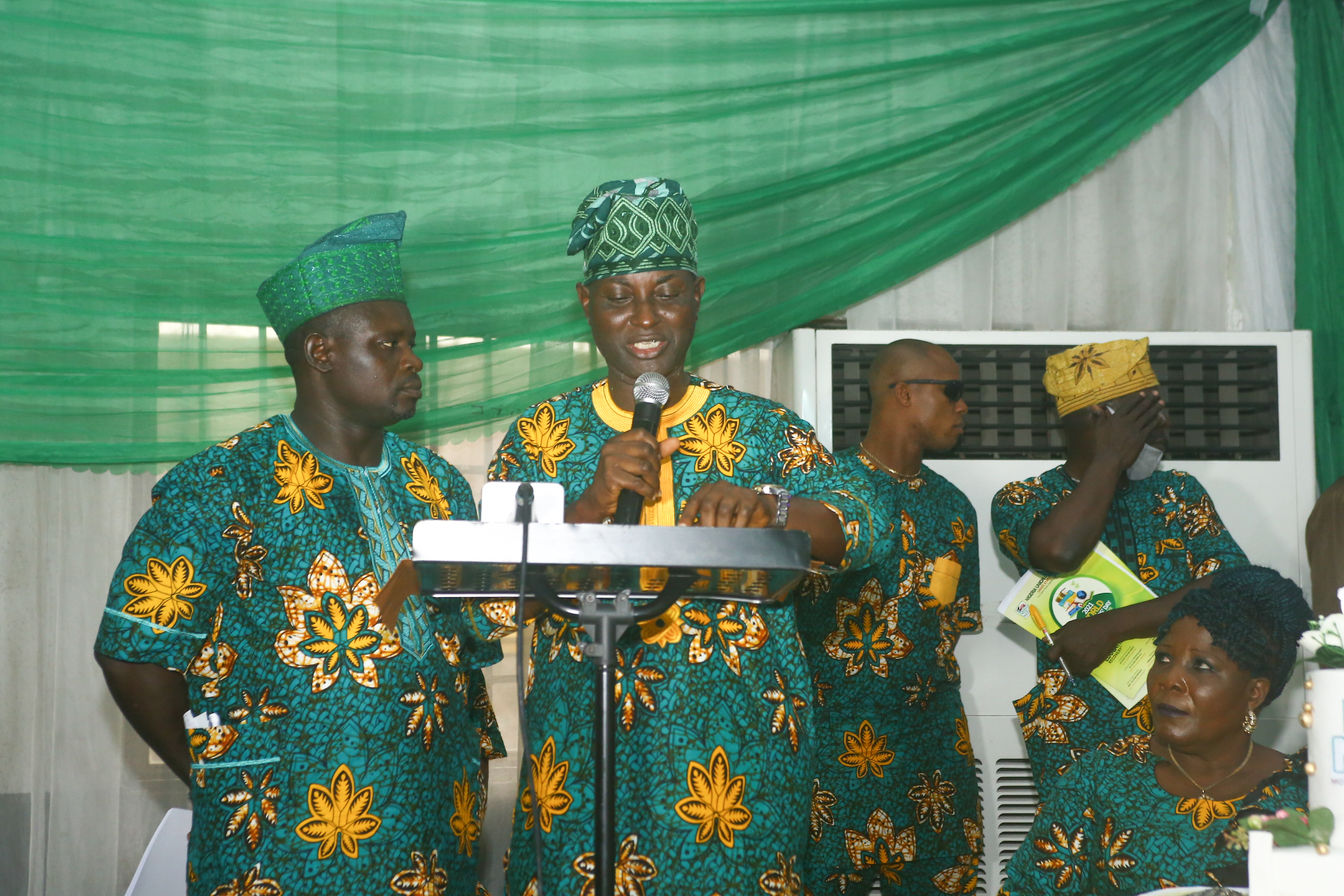 Previous studies highlighted the deplorable state of public primary schools and why parents were shunning them for private schools even with ill-trained teachers and poor pedagogy.

“We will ensure technology is integrated into our school curriculum and empower our youths with the much-needed skills for the jobs of tomorrow,” Sanwo-Olu had promised before assuming office.

The transformational initiative has since recorded many strides, managed by the Lagos State Universal Basic Education Board (SUBEB), with NewGlobe as the technical partner. Over 18,000 headteachers and teachers have been moved from analogue to digital teaching, using tablets and updated curricula. Over 14,000 primary school teachers from 1,011 public primary schools have been captured under the scheme. The education reform programme has also recorded remarkable gains in enhancing the teacher-pupil interaction experience through technology (eLearning) in primary schools.

The intervention has also aided uniformity and strict adherence to the curriculum. Teachers’ tablets are preloaded with lessons and content that can be effectively monitored for standardisation across public primary schools.

The EKOEXCEL 2020-2021 Endline Fluency and Numeracy Evaluation also showed that EKOEXCEL pupils being taught with NewGlobe’s methods are making remarkable progress in oral reading fluency and foundational numeracy compared to their last performance before the initiative’s commencement.

All these achievements wouldn’t have been possible without the cooperation of teachers, a vital cog in EKOEXCEL’s wheels. Initially resistant to the idea as humans tend to do when innovative change is introduced, the teachers and their labour body, the Nigeria Union of Teachers (NUT), have since become converts and apostles of EKOEXCEL, thanks to its efficacy and visible impacts on students and teachers.

“Before the intervention, teaching was analogue,” he began in his office. “It was based on the competence of individual teachers manning the classroom, but the level of competence varies from one individual to another. Because of the analogue method, you couldn’t thoroughly ascertain the performance standard, but with the introduction of the highly digitalised EKOEXCEL, we now have that standard. The teachers have a standardised digital instrument that leads them in the performance of their duties.

“Before the intervention, teaching was analogue,” he began in his office. “It was based on the competence of individual teachers manning the classroom, but the level of competence varies from one individual to another. Because of the analogue method, you couldn’t thoroughly ascertain the performance standard, but with the introduction of the highly digitalised EKOEXCEL, we now have that standard. The teachers have a standardised digital instrument that leads them in the performance of their duties.

“EKOEXCEL has brought about change as teaching and learning have become more pupil-centred. As you are teaching, you are also learning. The innovative technology has also enabled the teacher to learn because there is guidance.”

A Nobel Prize-winning economist, Professor Michael Kremer, recently hailed the methodology of NewGlobe, EKOEXCEL’s technical partner, for promoting equitable learning. The seminal study of NewGlobe’s methods in Kenya, has since been adopted in Lagos, Edo and recently Kwara State, where the company has entered into strategic partnerships with the state governments and produced more equitable learning outcomes among students.

The methods ensure that slow learners are not left behind while boosting fast learners, as was the case in the past when there were no scientific methods of ascertaining learning outcomes. The Lagos NUT chair confirmed that they are seeing this same development in schools with EKOEXCEL

He explained: “Before the intervention, teaching was more about the slow learners. When you finish teaching, you ask questions. When you realise that most of the pupils did not comprehend, you repeat, not minding that there is a time limit. But invariably, you cannot sustain doing that. But with EKOEXCEL, slow learners are now in a more advantageous position because there are supplementary classes in maths and English that are held daily. They help slow learners to catch up on the things they missed in their early years.”

It’s interesting to hear Comrade Hassan speak so glowingly about EKOEXCEL. Like most teachers, he was initially sceptical when the Governor unveiled the initiative.

“People tend to prefer an old order, maybe for fear of two things. They are not sure of the benefits the new order will bring, and because of that, they wouldn’t want to lose the benefit of the old order they already enjoy. So, at that time, we were all sceptical, but it faded off with the introduction of the training. People began to change, and the pre-introduction training organised by EKOEXCEL assisted in reducing the level of scepticism.”

Continuing, he disclosed that his initial fears about the introduction of EKOEXCEL leading to a loss of jobs have since been allayed.  “Through  Education International, we attended a seminar and were made to understand that interventions of such nature may likely affect the interests of poor children in the society. It probably might lead to job loss on the teachers’ side too, so that was the expectation. But the training organised by EKOEXCEL before the implementation addressed some of these fears. Till today, none of such has happened. Rather, on the side of SUBEB, you can see the very vigorous attempt to make sure that no child is left behind. They use different strategies to advocate for the enrolment of children in public schools. And rather than losing any of the teachers, we have witnessed more employment. In terms of our false expectation, we have been disappointed.”

He added that the feedback the NUT has been receiving from members has been positive. “It has been a pleasant story. Initially, we had issues with how the tablets operate, but our members have become used to it over time. Hardly can you hear any complaint about the utilisation of that tablet.

“Their feedback about slow learners has also been addressed with supplementary classes and modules. Overall, the complaints we now get are not as serious as they used to be when the intervention was newly introduced. The entire system has adapted to the new system.”

The introduction of the EKOEXCEL programme has dramatically improved the teacher pupil interaction experience as witnessed with an internet sensation, Mrs. Fauziyah Shade Adegeye, also known as Teacher Shade, who was observed in a viral video, motivating primary 5 pupils of Ebenezer Primary school to preserve, work-hard and be resilient on the road to success using her newly acquired skills from EKOEXCELs’ pedagogy.

Comrade Hassan is also joyous about EKOEXCEL and the collaborative nature of its operations. “There is proper coordination and synergy among the stakeholders; the EKOEXCEL Team, SUBEB, and NUT give time for evaluation of the process. The interactions allow for joint operations evaluation, and the key learnings are being adopted.”

The Union Leader is so confident of EKOEXCEL’s impressive strides, which were also acknowledged at the just concluded 2022 Education World Forum (EWF) in Britain, the United Kingdom, that he doesn’t foresee a stoppage in its operations even if a new government comes on board in Lagos. He described the pre-intervention era as a period no stakeholder, government, teachers, parents and pupils wanted to return to.

“The world is a global village through innovative technology, and virtually all human activities are evolving. It’s either you move along or get yourself out of the track. Even if there is a leadership change, the situation has complelled us to embrace the new order, which has to do with the application of technology. So, we cant afford to go back. Rather, what we are likely to witness is improving what is now. i am not even imagining going back; I don’t foresee it”.

Going forward, the NUT Chair wants more collaboration with EKOEXCEL to plan and execute an annual lecture for teachers/education development and exchange programmes to further expose teachers to the latest teaching methods.

These, he disclosed, would complement his goals of improved welfare and upskilling for Lagos teachers, having already recorded some achievements, only awaiting Governor Sanwo-Olu’s signature for implementation.

“Coming in last August, we wanted to create a new direction in terms of teachers’ welfare and labour relations. I have canvassed for the restoration of Science Teachers Allowance which will also complement EKOEXCEL because the intervention is science and technology oriented. We have also succeeded with the Rural and Riverine Teachers Allowance to retain our best teachers in those places. Because of the nature of this state, no teacher wants to stay in the remotest parts. The allowance used to exist in the past before it was stopped but I have also agitated and defended it. We are waiting for the Governor to approve both.

“The lecture will be an avenue to have all stakeholders together and will form the basis for policy formulation that will further drive our education development in Lagos State.

“The future is knowledge-based, so parents should strive to educate their children because it is the key to a greater future. Advanced nations reached their current levels based on knowledge and quality education, not just certificates but practical, rigorous education. That’s where we want to be headed,” Hassan stated.

Leave No Child Behind

You can find out more about which cookies we are using or switch them off in settings.

This website uses cookies so that we can provide you with the best user experience possible. Cookie information is stored in your browser and performs functions such as recognising you when you return to our website and helping our team to understand which sections of the website you find most interesting and useful.

Strictly Necessary Cookie should be enabled at all times so that we can save your preferences for cookie settings.

If you disable this cookie, we will not be able to save your preferences. This means that every time you visit this website you will need to enable or disable cookies again.